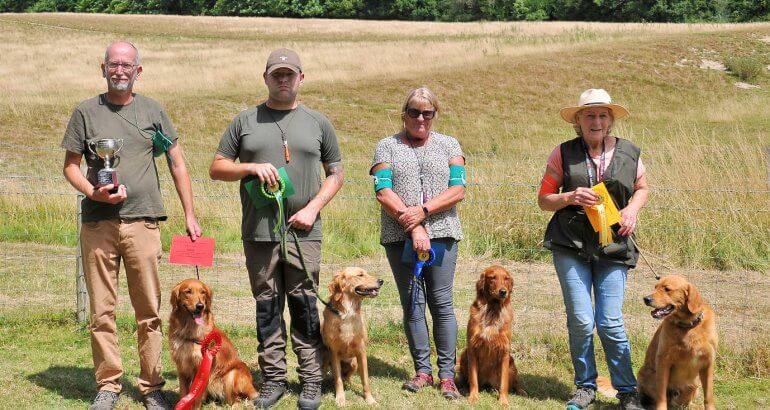 What a glorious day we had at Chartwell for the S/Puppy, Veteran, Novice and Open working test. It was a pity that the entry for each class was a bit small, however that did not stop the competition from being friendly but fierce as is usual. The standard in each class was high as the tests that were set were quite difficult. Because of the heat on the day we were able to do two water tests and some work in a wood to keep the dogs as cool as possible. We had an international flavour to the day with two competitors coming over from Belgium and we were very pleased to see them and for one of them to be in the prizes. Many thanks must go to Mrs Anne Cairnes for allowing us to use her ground again. Our judges for the day were Mrs Kim JINKS (panel) and Mrs Jo VOKE, they were extremely helpful to all our competitors who all appreciated their positive input. Most of the tests were set as doubles so that each dog did 8 retrieves.

We had a total of 30 dogs entered for the day but had 2 withdrawals before the start. We had 7 S/Puppies, 6 Veterans, 12, Novice and 5 Open dogs.

The puppies and Veterans ran in the morning and their results were as follows:- 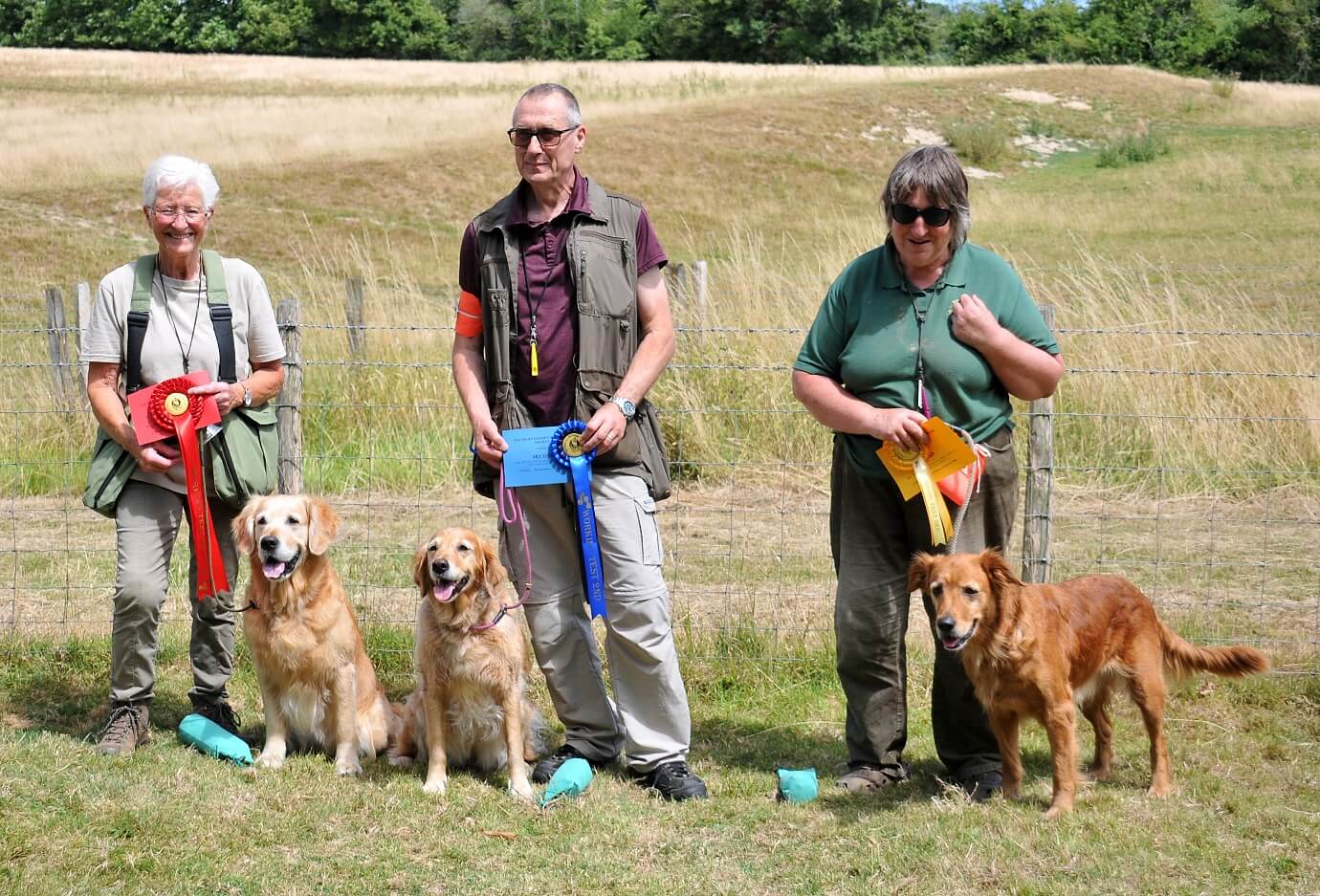 The Novice and Open dogs ran in the afternoon and their results were as follows:- 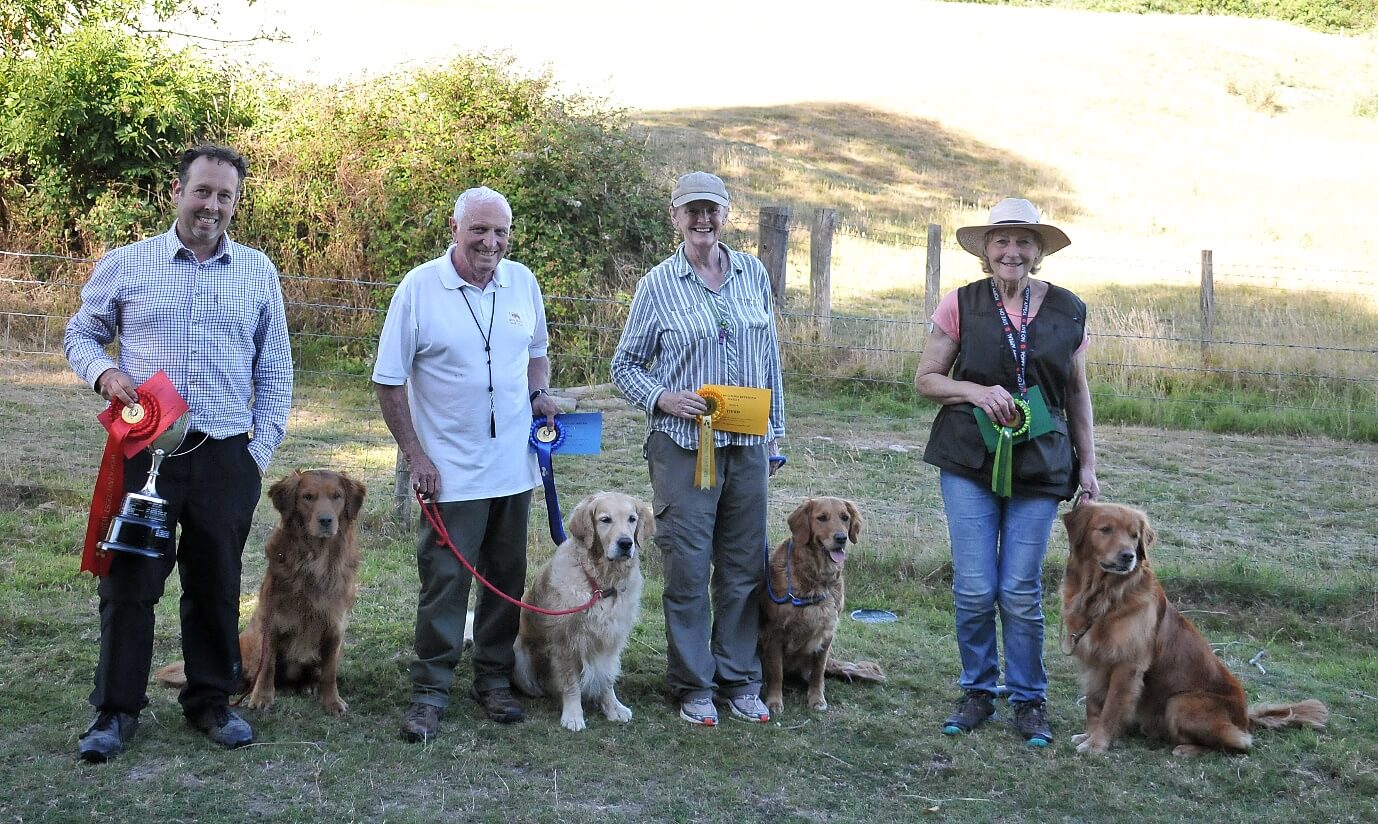 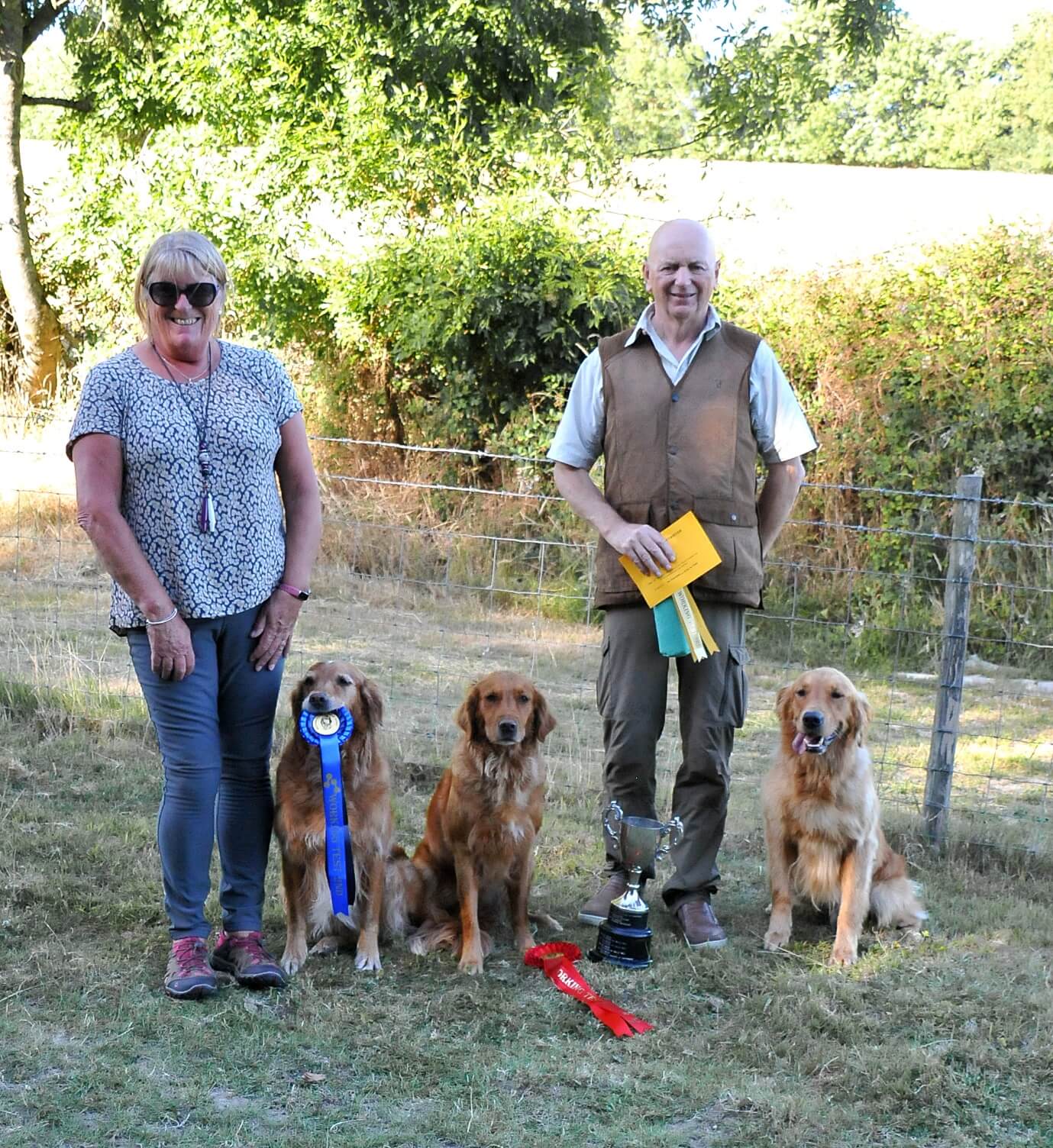 The Society thanks all the helpers who came on the day and it must be remembered that these events cannot take place without them.