Report for Working Test 29/7/18 at Chartwell Below are further results for April and May 2018 Working Tests
The Society held its final working test of the year on Sunday 29th July 2018 at Puddledock Farm, Chartwell, Westerham, Kent with the kind permission of Mrs Ann Cairns and her manager Trevor Tidy.
The weather turned out to be the wettest of the summer; however that was more of a blessing than a pain as we had been inundated with the hottest summer for a long long time. Our Judges on the day were Mrs Pat WRIGHT and Mr Tony CASSERLY (who was our panel judge).
We held three classes. Special Puppy (3 entries) Veteran (10 entries) in the morning and Open (17 entries) in the afternoon.

The results were as follows:-
Special Puppy.
No awards were awarded in this class 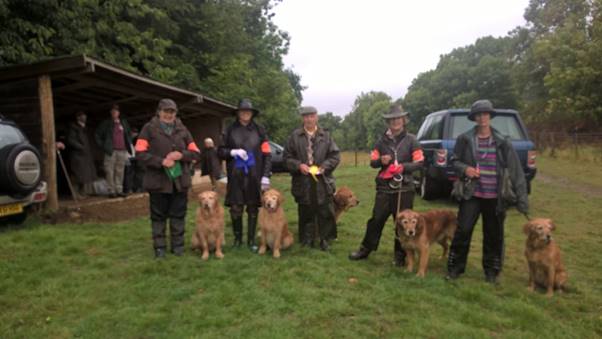 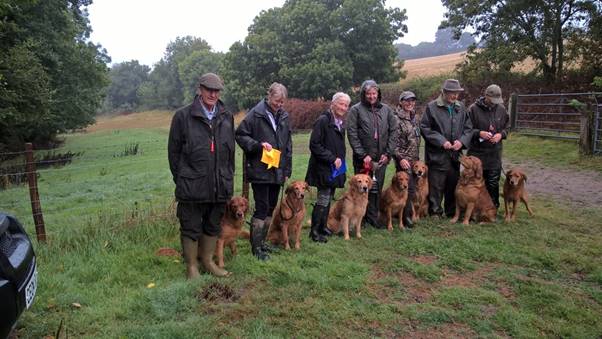 The Southern Area of the Flatcoated Retriever Society embarked on a new venture in conjunction with the Southern Golden Retriever Society and ran Novice and Novice Dog Novice Handler Working Tests for both breeds.  The Flatcoated Society hosted the day at Penshurst in Kent, by kind permission of Lord De L’Isle.
Many thanks to Dick Pettett for his organisation, the judges Jim Gale and Maddie Burr, the stewards and to the dummy throwers Andy Snow and David Hutchison known to both breeds who all kindly gave up their time for all to have an enjoyable day running their dogs in the nice weather.
There was a good entry and almost an even number of flatcoats and goldens

Novice Dog Novice Handler Results
Due to a number of handlers who had to pull out on the day it was not possible to make any awards.
Philip Goodman’s Boresile Arabella Allen for Larksburn was presented with a dummy for the highest scorer but they were not consistent enough to be placed.

This event was a great success with 21 entries on the day. The trainers/Judges were again fabulous and I heard many a laugh during the day despite the weather being extremely cold with a biting wind.
Ray Gait